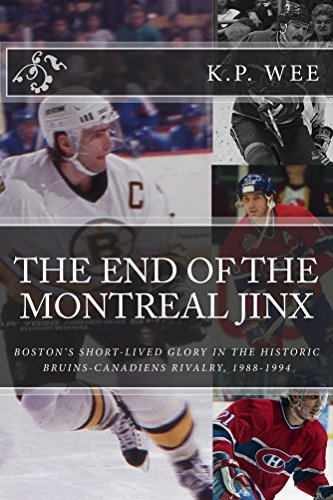 In the annals of the Boston Bruins-Montreal Canadiens NHL rivalry, the Canadiens had always found a way to thwart the Bruins in the playoffs, winning 18 consecutive postseason series between the two clubs from 1946 to 1987.

Boston, however, turned the tables on Montreal during a seven-year stretch from 1988 to 1994, beating the Habs five times in six tries, including three consecutive seasons in 1990, 1991, and 1992. Because the Bruins never won the Stanley Cup during that era, though, their success over the Canadiens in that period has largely been forgotten.

This book chronicles this oft-overlooked era of the Bruins-Canadiens rivalry, Boston's short-lived glory from 1988 to 1994 when the so-called Montreal jinx was finally over.